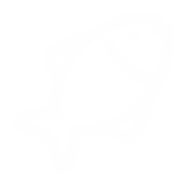 Arctic charr (Salvelinus alpinus) is a cold-water fish in the family Salmonidae, native to alpine lakes and arctic and subarctic coastal waters. Its distribution is circumpolar. It spawns in fresh water and populations can be lacustrine, riverine or anadromous, where they return from the ocean to their fresh water birth rivers to spawn. No other freshwater fish is found as far north. It is one of the rarest fish species in Britain and Ireland, found mainly in deep, cold, glacial lakes, and is at risk from acidification. In other parts of its range, such as the Nordic countries, it is much more common, and is fished extensively. In Siberia, it is known as golets (Russian: голец) and it has been introduced in lakes where it sometimes threatens less hardy endemic species, such as the small-mouth char and the long-finned char in Elgygytgyn Lake.

In 2006, Monterey Bay Aquarium Seafood Watch program added farmed Arctic char as an environmentally sustainable Best Choice for consumers. Arctic char are farmed in land-based, closed systems that minimize the risk of escape into the wild.